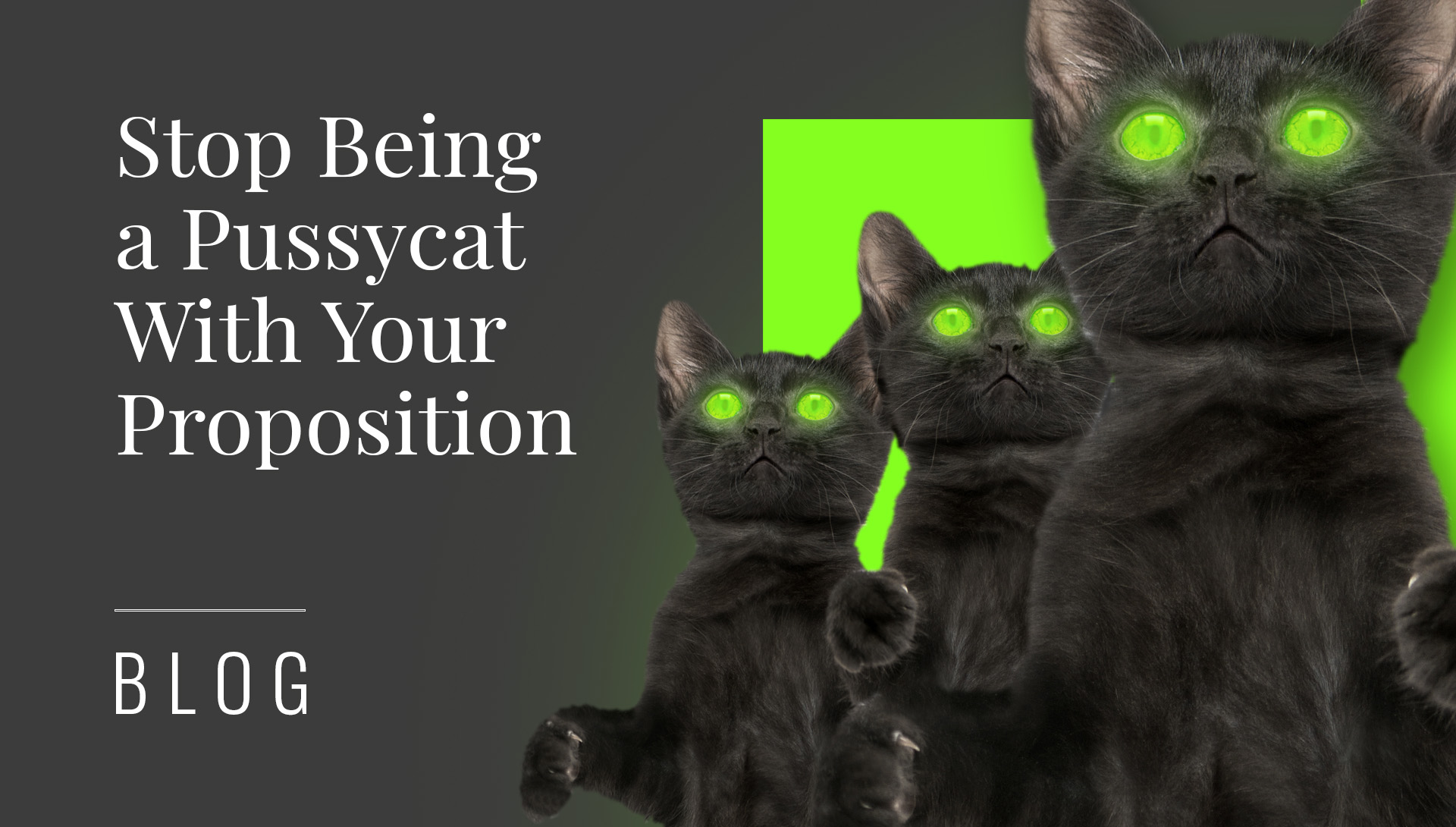 Stop Being a Pussycat with Your Proposition

Some advice on being braver, courtesy of Erwin Schrödinger, a zombie cat and a quantum of particle physics.

At the risk of oversimplification, the subatomic world is a bit like Honey I Shrunk the Kids, only the kids are smeared out waves that are everywhere all at once. Only observation from an outsider forces them to decide on a definitive position, which, in the case of most kids, is barging in on you when you’re on the loo, trying to do Wordle.

Erwin Schrödinger didn’t like this idea. He likened it to a cat in a box with a radioactive source that, if it decays, breaks a vial of poison. Until someone takes a peek inside, the radioactive particle has both decayed and not decayed, the vial is both broken and unbroken, and the cat is both dead and alive at the same time.

But cats can’t be zombies, right?

Many marketers, by contrast…

If there is a more numerous species of creatures walking in lockstep with one another on a march of mindless mediocrity, it’s not been discovered yet. Custodians of brands that try to be all the things, to all the people, in all the places, all of the time – with all the stand out of a purr at a Prodigy gig.

Better to benchmark the competition and rinse and repeat their offering than settle on one specific to themselves. Better to go with the quo than against the grain. Better to blend in than break cover.

With no definitive boundaries in place, these marketers can exist in a state of theoretical bliss – neither successful nor unsuccessful, right nor wrong, sacked nor sipping Scotch with the C-suite.

Because if you’re not making any tough decisions, how can you possibly be held accountable for them? Far more palatable to be the cat sat on the fence than the one rotting in a box.

This ‘all things to all people’ is an attractive idea in principle, and there’s merit in its maxim, but for the average organisation it’s as difficult to pull off as quantum computing.

Most businesses have finite resources, most brands have multiple competitors and most customers have limited attention spans. If your proposition lacks uniqueness, it lacks any chance of cutting through the clutter, and the ideas and campaigns that flow from it, just like an electron in that box, will be ‘neither here nor there’.

Which is a real issue because, despite having more connections than there are stars in the known Universe, the human brain is a cognitive miser. It likes to give its focus to things like car crashes on the other side of the central reservation, or hearing its own name spoken across a crowded room.

It doesn’t want to give it to any business or brand that looks, sounds and acts like all the other white noise it auto-tunes out.

Single-mindedness is vital. As is conspicuity. But to be genuinely different means risks must be taken, and cats, be they dead or alive, need to be skinned in a way no one else has yet attempted.

Standing out isn’t just a nice-to-have, it’s a scientific imperative. As in Schrödinger’s thought experiment, absolutely nothing - good or bad - occurs until you are observed.

Eyeballs are a pre-requisite for anything to happen. And sure, the fruits of your experiment might end up in a freshly dug hole at the base of your cherry tree, but equally you could end up with Kitty McCatface happily licking his own backside in one of its branches.

Most products and services don’t have nine lives, unless, of course, the alternative ‘Many Worlds’ interpretation of quantum mechanics is correct, in which case somewhere out there is a universe in which Binet & Field are Krankies-style children’s entertainers and Gary Vee has, mercifully, taken a vow of silence.

In any dimension, weak, inconspicuous positions, propositions and marcomms end up sucked into the Black Hole of obscurity, a wormhole of worthlessness from which no business benefit can ever emerge.

In this dimension, where austerity is tearing through our cultural fabric like a rabid dog, me-too mewling will only hasten a brand’s demise.

So, whatever you do, do something definitive. Choose particularity. Go lift the lid on something singular and remarkable. Unhide FFS. You’ll be in the minority if you do.

As Stephen Hawking’s voice-box once synthesised: “Primitive life is very common and intelligent life is fairly rare. Some would say it has yet to occur on Earth.”

It’s certainly not as common in Marketing as it should be. 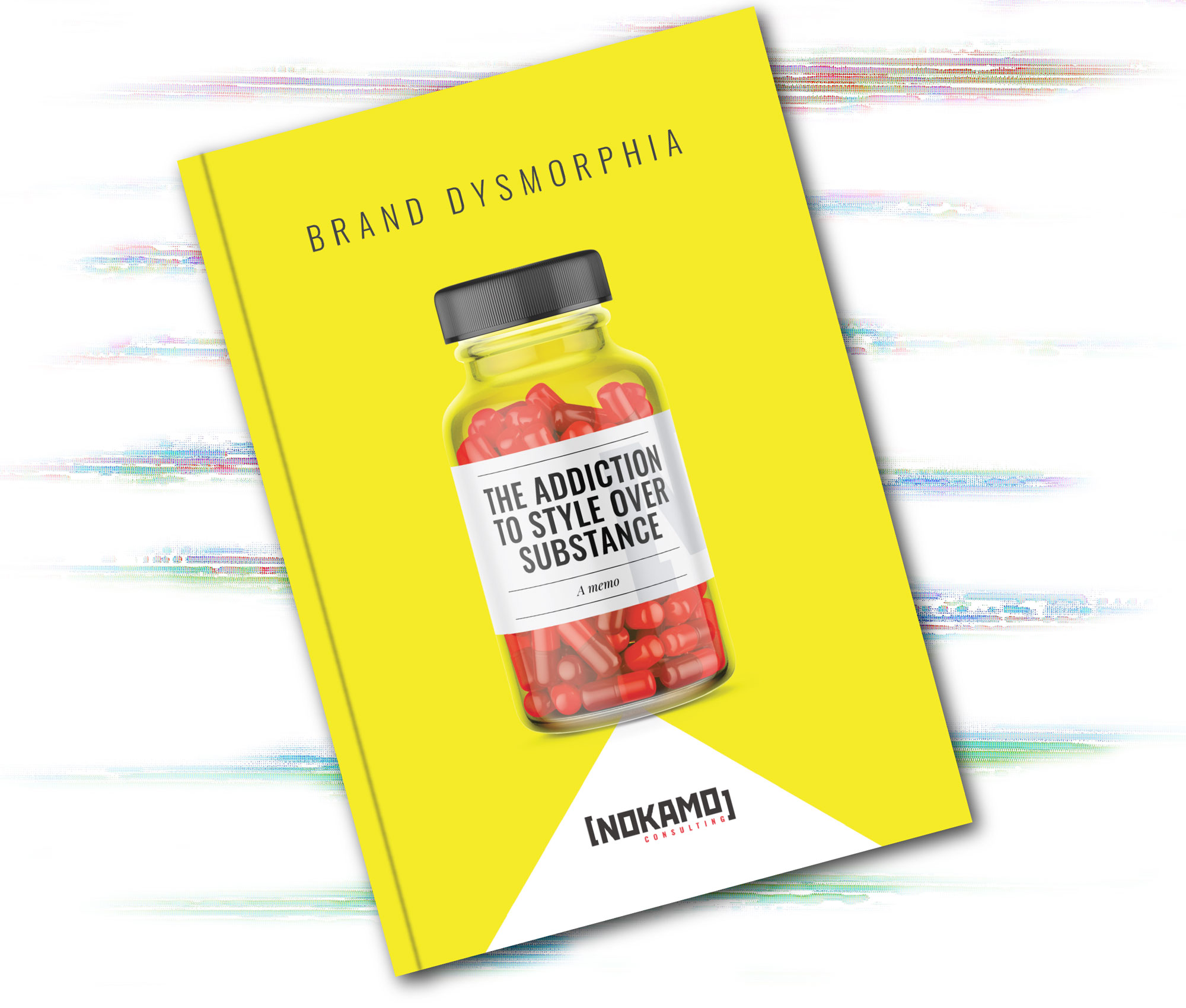 Aesthetics before economics; tactics before strategy... Is ‘brand dysmorphia’ eroding your value? And if so, how do you get your brand back into a commercial context? 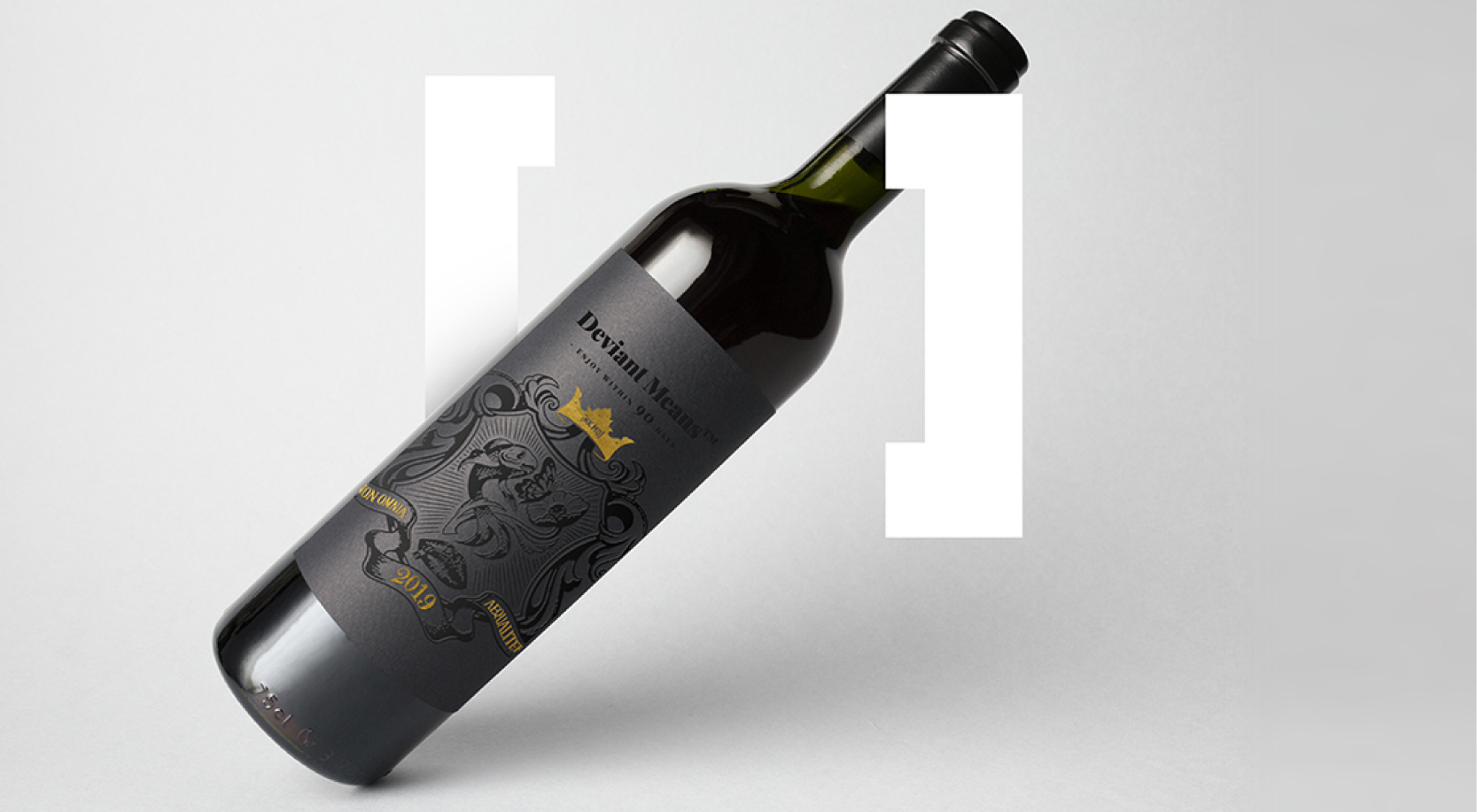 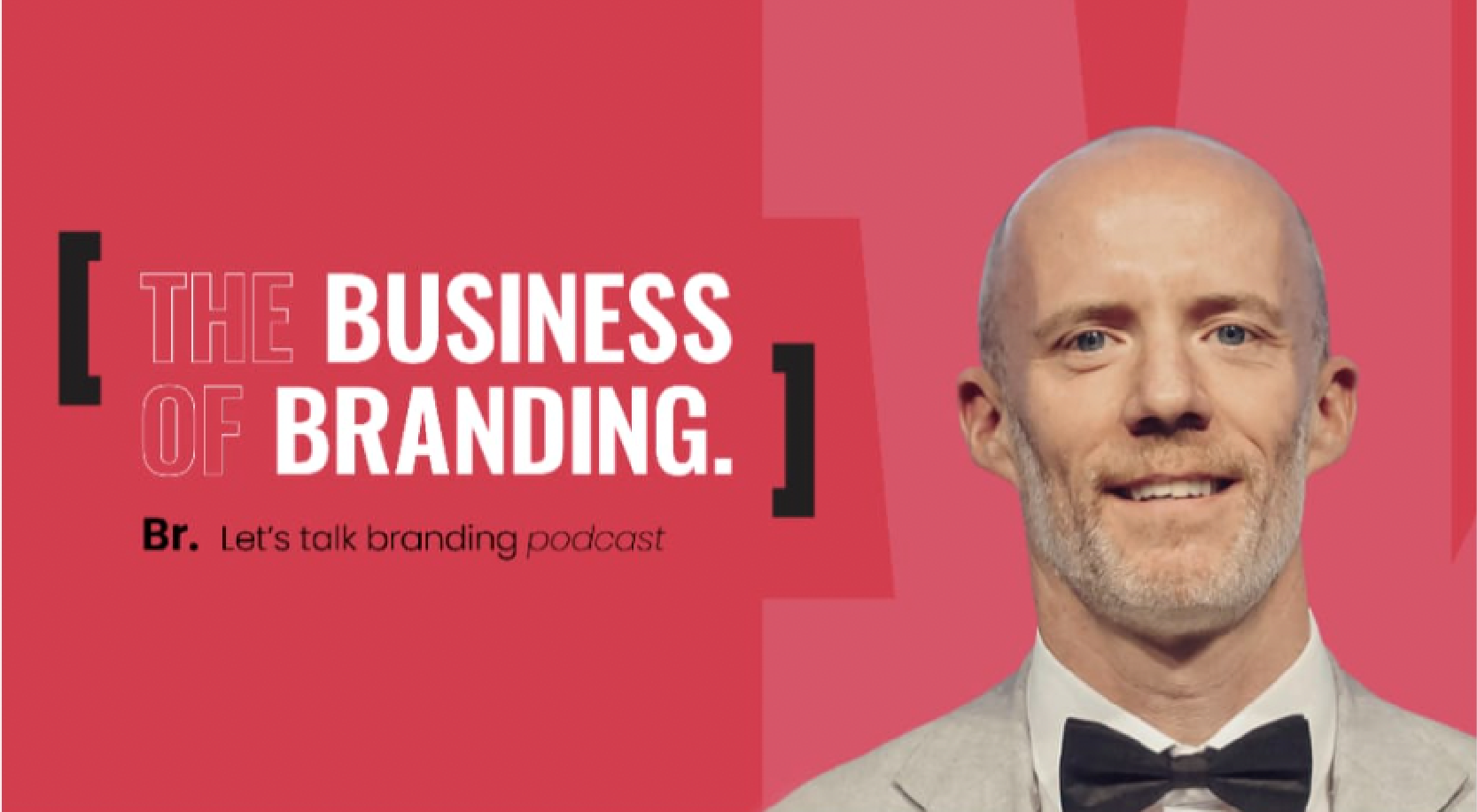